You are here: Home › Past Event reports and Photos › National Learning and Development Forum 2014

This year the annual NASHiCS event had particular meaning as it marked 10 years since the first conference was held in Peterborough? During the last decade NASHiCS has gone from strength to strength and doubled its membership and now we can look forward to another decade of increasing membership and further development.

To mark this special occasion the event was held in the historic city of Oxford with an Anniversary dinner in the Great Hall of Oriel College to mark the end of day one. Earlier, the first part of the programme offered a Mock Trial held in the Coroners Court at Oxford Town Hall and day two saw the main event happening at the Kassam Stadium.
The weather was kind on day one and the sun was shining as delegates arrived at Oxford Town Hall to attend the Mock Trial.
Lunch was served at noon and delegates chatted together before making their way into the Coroners Court for the re-working of an actual case involving a care home owner and a moving and handling accident. Several members of NASHiCS played a part in the production and acted their hearts out while everyone enjoyed the occasion and the input from the legal professionals involved.

That evening a drinks reception took place at Oriel College and then a tour of the building was given by the Oxford Town Crier, Anthony Church BEM ISM. The college has the distinction of being the oldest royal foundation in Oxford and admitted the first undergraduates in the 16th Century but its origins go even further back. The Anniversary Dinner then took place in the Great Hall which is the oldest standing medieval hall in Oxford.

Next morning the sun shone bright again as the Kassam Stadium, home of Oxford United football Club and London Welsh rugby club, welcomed delegates with bacon rolls, croissants, tea and coffee. The event was opened by the Lord Mayor of Oxford, Councilor Mohammed Niaz Abbasi followed by NASHiCS National Chair, Chris Jackson.
The first speaker was Andrew Cozens, CBE, Chair Carers Trust, who spoke about the NASHiCS journey past, present and future and how health and safety will continue to be part of the journey. He said having opened our launch conference in 2004 he made some comparisons between 2004 and 2014 while looking ahead to the impact of the Care Act and the integration of the NHS and Social Care. Refreshments and a networking opportunity followed when delegates also had a chance to visit the many exhibitors just outside the main conference room.

What followed was a choice of 3 different breakout sessions. The first was given by   Jo Carr, Development consultant and trainer – AIM Training & Development on the subject of leadership and being a leader.
The second came from Alan Bradshaw, Business Psychologist and Partner, Work-Life Solutions and tackled stress and well being at work with a focus on leadership.
The third session on offer was chaired by Andy Hollingshead, Vice Chair of NASHiCS and gave everyone who attended a chance to debate together and explore options in a Safety Surgery.
Delegates gathered back together for an inspirational presentation by Kevin Furniss, Vice President HSSE, AP Moller Maersk Terminals, who examined the way H&S professionals can embed their message into an organisation in an innovative and seamless way.

Lunch then followed and included the presentation of this year’s Safety in Care Awards.

First speaker after lunch was Philip White, Director of Operational Strategy, Health & Safety Executive, and he outlined what is happening on the Regulatory front. He highlighted the changing Regulatory picture and in particular the emerging role of CQC as a prosecutor in Social Care. Philip also sought feedback from delegates on the HSE review of LOLER.
The afternoon continued with 3 further breakout sessions.
Delegates could choose between Maddy Thomson, Programme Head – Standards, Learning and Qualifications, Skills for Care, who spoke about the leadership and development journey and whether there are sufficient skills in the health and safety sector.
Andrew Clarke, Weightmans, gave a legal update and explored current cases with delegates whilst
Andrew Colling, Contracts and Quality manager for Joint Commissioning, Oxfordshire County Council looked at the commissioning, procurement and health & safety pitfalls and how to avoid them.

The final refreshment break gave another chance for networking and exhibition viewing before Kathy Roberts, Chair, Care Providers Alliance and Chief Executive Officer, Mental Health Providers Forum spoke in detail about an investigation she carried out into the death of a mental health worker.

The day was closed by Andy Hollingshead, NASHiCS National Vice Chair, who summed up the days proceedings before thanking all the speakers, exhibitors and delegates for attending and wishing everyone a safe journey home.

Gas Safety – Check the Register. An annual gas safety check can keep us all safe 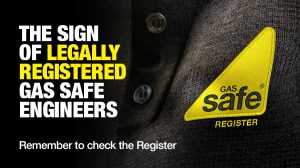 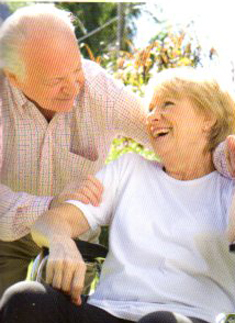 Every Action Counts Because I Care

KEEP SAFE COME ON GET VACCINATED